Verse:  Mark 14:7: â€œImmediately the rooster crowed the second time. Then Peter remembered the word Jesus had spoken to him: ‘Before the rooster crows twice you will disown me three times.’ And he broke down and wept.â€

Quote: â€œShame feels the same for men and women but is organized by gender. For women it’s this web of unattainable, conflicting, competing expectations about who we are supposed to be and it’s a straight-jacket. For men it is one expectationâ€”never let them know you’re weak.” â€”Brene Brown 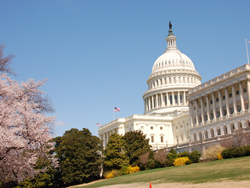 Good news about Injustice: For those of you that signed a petition to President Obama a few weeks ago, asking him to make fighting slavery a priority, here is the update: International Justice Mission was looking for 25,000 signatures…. Nearly 58,000 people called on the White House to make fighting slavery a priority. A few weeks ago, members of the President’s Cabinet gathered to discuss the government’s efforts to combat human trafficking. In a statement, the President said, “I am confident that we will one day end the scourge of modern slavery, because I believe in those committed to this issue: young people, people of faith and station, Americans who refuse to accept this injustice and will not rest until it is vanquished.”

Keep praying for justiceâ€”God is at work!

JPAL (and just cried a little): If you have ten minutes, watch Caine’s Arcade with your kids. If you haven’t heard of it, it’s about a nine-year-old boy named Caine who built his very own arcade out of cardboard.

May you live shamelessly this weekend!
Next up: Shameless Men part 2 with Teaching Pastor Mitchel Lee