If you missed the amazing Joanna Bloss’ first post on overcoming shame, you can read it here. Part two is below:
the grace bomb – part 2
Fast forward to 7th grade. We moved and I had to go to a new junior high with people I didn’t know. I needed a friend. The requirements weren’t rigorous–I mostly just needed someone to eat lunch with and talk to between classes at my locker. 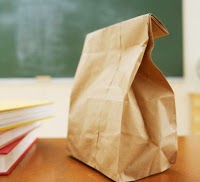 I had a couple classes with Paris and she seemed nice, so I took the plunge. But then one day she said something mean to me. I was deeply wounded, but since middle school friendships were so hard to come by I stuck with her (and plus we were only school friends. It wasn’t like we hung out on the weekends or anything.)

Fast forward, this time to sophomore year. My first year in high school, once again feeling awkward about the school-day friendship thing because it was all about convenience and none of my actual friends had the same lunch period as me.

Paris did and she also happened to be in my PE class, so once again, I kind of attached myself to her.

Then she did it. She said something mean again. This time it was really mean. And at this point in life, I wasn’t middle-school-desperate-for-her-friendship. I wasn’t willing to let it slide. We were done.

It’s been 25+ years and I haven’t forgiven Paris.

I’m working on it now and I don’t see her or anything, but her name comes up now and then in conversation with my high school friends, and I just inwardly roll my eyes and groan. Ewww. Do we have to talk about her?

Seems kind of lame now that I’m admitting it out loud, but it’s the truth.

I’ve secretly harbored this little grudge for over 25 years against a person who has likely forgotten the entire thing. I took the two mean things she said to me and added them together to = I will intensely dislike this person for the rest of my natural life.

(Because, as we all know, Christians can’t say we hate someone. And gossip. We never, ever gossip. We only share prayer requests.)

That got me to thinking about people I’ve wronged and how some of them haven’t forgiven me and how I wish they would.

It’s a vicious cycle, isn’t it?

“But if you refuse to forgive others, your Father will not forgive your sins.”
Matthew 6:15 (NLT)
Seriously?

I keep thinking some day I’m going to run across a creative interpretation of this verse that will let me off the hook. 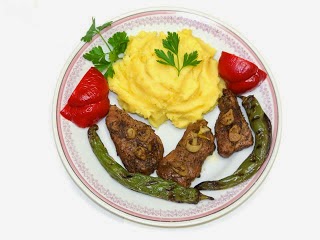 In the meantime, I’m trying to figure out some things.

1. What does forgiveness even look like?
2. Why is it so stinking hard sometimes for me to dish out little morsels of grace (nibbles, really) when God serves it up to me in heaping platters?