This has been a concert-summer for me. On Monday night, one of my oldest friends took me to the Justin Timberlake/Jay Z concert. Somehow these two men were able to entertain a stadium full of 60,000 fans. It was impressive to say the least. I wasnâ€™t sure before, but I am convinced more than ever, that I was born to be a hip-hop dancer and/or rap mogul.
But, thatâ€™s a post for another timeâ€¦
I received a text message a few weeks ago and in case you were wondering, I do have permission to share it. But, for the senderâ€™s sake and for the state of my own soul, Iâ€™ll change the personâ€™s identity.
Letâ€™s say it waaaaas…Kate Middleton.
Yes. An at-the-time-very-pregnant member of the monarchy sent me a text message.
It was a picture of her body accompanied by the words, â€œInspiration for you.â€
Princess Kate had been working out consistently for the past 8 weeks and was celebrating her toned muscles and the new number on her clothing. I was very proud of her.
Until the text.
To paraphrase Fat Albert and the Cosby kids, â€œA text isnâ€™t a text if someone gets hurt.â€
Look, there are lots of places I can find inspirationâ€”the stars, the sound of crickets, a sonnet, a 1970â€™s cartoon show featuring Bill Cosby.
I donâ€™t need someone elseâ€™s scale to motivate me.
However, I DO want to be the type of woman who rejoices in others’ victories and adds value to her sisters and neighbors — without feeling like it detracts from her own. 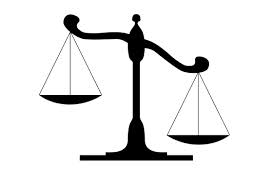 Author BrenÃ© Brown says that the greatest challenge for most of us is believing that we are worthy now. Right this minute. That our worthiness doesnâ€™t have prerequisites:
â€œSo many of us have knowingly created/unknowingly allowed/been handed down a long list of worthiness prerequisites: Iâ€™ll be worthy when I lose twenty pounds. Iâ€™ll be worthy if I can get pregnant. Iâ€™ll be worthy if I can get/stay sober. Iâ€™ll be worthy if everyone thinks Iâ€™m a good parent. Iâ€™ll be worthy when I can make a living selling my art. Iâ€™ll be worthy if I can hold my marriage together. Iâ€™ll be worthy when I make partner. When my parents finally approve. When he calls and asks me out. When I can do it and it looks like Iâ€™m not even trying.â€
Iâ€™ll be worthy when the heir to the British throne is named after me.
(Just so weâ€™re clear, I love you Princess Kate and will do whatever you say.  Congrats on George! Hope new mommyhood goes well! )
Apart from Christ, we will always weigh our worth against something shaky, unmanageable, and frankly, inauthentic and maddening. Apart from Christ, we will always come out too heavy or too light.
When I step onto that unreliable comparison scale, I devalue the generosity of God and the sovereign plans He has for my life and for others. When I canâ€™t celebrate what the Lord is doing in Princess Kateâ€™s life, Iâ€™m choosing to believe one thing — that God isnâ€™t good to me.
John 1:14 says,â€œThe Word became flesh and made his dwelling among us. We have seen his glory, the glory of the One and Only, who came from the Father, FULL of grace and truth.â€
Jesus, the only person to walk this earth complete; the only one sufficientâ€”He doesnâ€™t equalize our worthiness-scales.

Jesus transforms our human value systems into something entirely new. While we were still holding onto our prerequisites, sorting through our less-thans, and hoarding our greater-thans, Christ removed them on the cross. In Jesus, we are emptied-handed, yet full.
I CAN celebrate when Kate loses her baby weight (which we all know she’ll do in record time), gets a new job, receives an accolade, buys a great outfit, has another baby, or drops a new hip-hop album because it doesn’t challenge or compete with the lavish love God has shown me.

That’s all the inspiration I’ll ever need.