Q and A with Author Margaret Philbrick…On Alzheimerâ€™s, Music, Her Novel….and a giveaway! 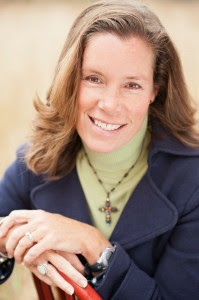 Margaret Ann Philbrick is on the board of The Redbud Writer’s Guild and is an active member of my manuscript group. Her new novel, A Minor: A Novel of Love, Music, & Memory (Koehler Books, 2014) is a beautiful love story exploring the power of music to bring spiritual and emotional healing to those suffering from Alzheimer’s and dementia. It’s the first novel I’ve ever read that comes with a soundtrack!

Margaret has been gardening since her mother gave her a pansy garden to plant and tend when she was five. She grew up in a small Illinois town with a busy street out front and a big river out back. Ranunculus is her favorite flower and T.S. Eliot or Gerard Manley Hopkins are her favorite poets. After several years working in advertising, selling Kelloggâ€™s Pop-Tarts, she stayed home with her children and helped them plant their own gardens. Now they have grown, so she cultivates a garden of words with her fifty writing students and her own words at the old â€œLincoln deskâ€ in her living room. A long time ago it belonged to Lorenzo Lincoln, not Abe Lincoln. The laundry, if it gets done, doesnâ€™t get folded.