Shameless Man: Andy Jack writes about his love for 80’s movies, his memories of adolescence, and why he’s dedicated his life to staying there.

I’ve been begging Andy to write something since our series on Advice We’d Give Our Younger Selves because he is an expert in adolescence and in all things John Hughes. He recently attended his twentieth high school reunion, and as anyone whose been faced with the prospect of  high school reunion can attest, Andy has a  pretty good story to tell.
Andy is the Executive Director of NaperBridge (www.naperbridge.org) a nonprofit organization that seeks to provide teens with a welcoming, safe place to gather and engage in constructive, educational, and leisure activities. If that is not enough, Andy is also finishing up his graduate degree in Counseling at National Louis University.
He has been married to Kathy for fifteen years and they are ridiculously proud parents of their two young daughters. Born and raised in the suburbs, Andy enjoys all things Chicago: Bulls, Blackhawks, Bears, improv comedy, deep dish pizza, and John Hughesâ€™ movies.
_________________________________________________________________________
Donâ€™t You Forget About Me: How Faded Adolescent Memories Speak Loudly About Our Lives
“Life moves pretty fast.
If you don’t stop and look around once in awhile, you could miss it.”
â€“ Ferris Bueller
Growing up as a teen in the Chicago suburbs felt like a John Hughes movie.
Dubbed the â€œphilosopher of adolescence,â€ Hughes directed, produced, and wrote an entire genre of teen angst inspired films and comedies about young outcasts. He captured the invisible lines in the school cafeteria that divided the masses of cheerleaders and jocks from the calculator watches and pocket protectors. Hughes used the Chicago suburbs as his background in the majority of his films, including The Breakfast Club, Sixteen Candles, and my all-time favorite film, Ferris Bullerâ€™s Day Off.
I was an adolescent in the Chicago suburbs in the eighties, and as such, Hughes films have left a mark on me. I’ve made frequent attempts to relive Ferris Buellerâ€™s infamous day off. I’ve tracked down every Chicago landmark used in making the movie and I even purchased tickets for the the exact seats Ferris and his friends sat in Wrigley Field.
Section 104, Row 9, Seat 2, in case you were wondering. 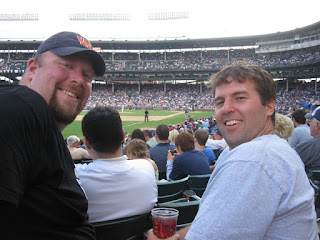 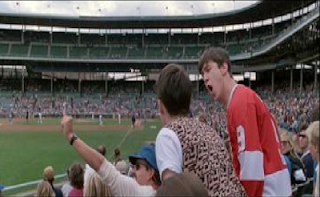 Last fall, I was invited to attend the twentieth reunion of the high school I attended for my freshman year. At first, I blew off the invitation. I had never gone out of my way to reconnect with my former classmatesâ€”why start after twenty-three years? Yet, the invitation kept sneaking back into my head and I eventually saved the date on my calendar.
For the past twelve years, I have dedicated my life to advocating, researching, and serving adolescents. I keep my yearbooks on the shelf in my office and have plenty of embarrassing photos on hand to jog my memory. There is not a week that goes by that I don’t recall what I was thinking, how I felt about adults, what I considered fun, and who my friends were back in the day.
The ability to retrace the emotional map of adolescence is an invaluable job skill for someone in my career. Even when we are able to make significant changes to our behavior over time, the teen we once were is not far behind. No matter how we have changed, we will always carry inside of us the residue of that adolescent perspective we once had.
The unusual thing about my adolescence is that my memories play out much like a John Hughes film because my family moved shortly after freshman year, and Iâ€™ve managed to keep my memories (and my classmates) in pristine condition.
Until the reunion, I hadn’t communicated with any of the friends I left behind twenty-three years ago, and without any outside influences to challenge my recollections, I have been free to romanticize my memories. Until the arrival of Facebook, my classmates were frozen in my mind as freshmen.
So, when the invitation to the reunion arrived, I was challenged to face the reality of my idealized memories.
I walked into the reunion feeling as vulnerable as I did at so many school dances. Never mind all that I had accomplished over the years. Never mind that I am married to a beautiful woman and have two adorable girls. In that moment, I was stripped down to my freshman self.
Bumping into the adult version of my freshman classmates sent me on a weird trip down memory lane. My adolescence was no longer just a well-manicured memoryâ€”it was in the flesh giving me hugs, welcoming me warmly, and melting my insecurities.
In the months since the reunion, Iâ€™ve experienced a surprising range of emotions. I’ve regretted wasting twenty-three years of valuable relationship time and I’ve mourned my disconnectedness from these childhood friends.
However, the overwhelming feeling that keeps coming back is gratitude.
Memories and more importantly, the feelings those memories bring back, can give us insights into who we are or who weâ€™re meant to be. My memories inspired me to give over a decade of my life to professional youth work. I am thankful for the role these classmates played in my life and that they contributed to my life-long calling to serve adolescents. They shared the most influential period in my life and helped shape a life experience so powerful that I devoted my life to staying there.
If youâ€™re willing to look at the pastâ€”even the unrealistic version of your pastâ€”you might find some positive life lessons there. You might discover a passion or a calling you didn’t know existed. You might even find gratefulness.
Give it a try. Call a friend from your freshman year and share some old memories. Thank them for contributing to the story of your life.

A story with a really cool 80â€™s soundtrack.
What are your most powerful adolescent memories and what role do they play in your life now? What if those memories have everything to do with how you live in the present, and how successfully you are able to take control of your future?