I am so pleased to bring you our second Shameless Manâ€”my teaching pastor and friend, Mitchel Lee.

Mitchel is an incredibly gifted-communicator and teacher, apparently a decent golfer (although I know nothing about golf), and hubby to his beautiful bride Sarah. Mitchel and Sarah are also in the 3 boys clubâ€”he is dad to Calvin, Noah, and Benjamin. Mitchel writes about hearing the gospel in every day life at Echoes of the Myth.

I know you will be moved and blessed by Mitchel’s vulnerability, love of the gospel, passion for the Church, and his journey of self discovery as a pastor and Korean-American.

As always, may you experience the shameless love of God.

A Minor League Call-up
In almost every major professional sports league, there exists a secondary, developmental league where scores of athletes ply their trade and dream about being called-up one day. For baseball, itâ€™s the minor leagues. For basketball, itâ€™s the NBA-DL. Sometimes these players are given 10-day or 20-day contracts to fill a hole created by injury. If they prove themselves, they are given longer-term contracts. 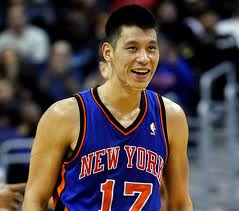 One of the most amazing stories of this yearâ€™s NBA season was the call-up and impact of Jeremy Lin for the New York Knicks. Not only had he been cut from two previous NBA teams, he was only called up to fill out the roster (thatâ€™s a euphemism for â€œride the benchâ€) and never expected much playing time. All that changed when Lin checked in during the second half of a game and led the Knicks to a comeback victory. He went on to lead the Knicks to seven more consecutive victories while grabbing a spot on the starting rotation. Lin became the first Asian-American basketball player to play in the NBA, and Asian-Americans like myself were infected with â€œLinsanityâ€.

What does this have to do with shame and guilt? You see, I went through my own â€œcall-upâ€ experience only in a different realm altogether. I grew up in the Korean immigrant church, and that context is where God called me to be a pastor. If you visited the ministry I led, the only thing unfamiliar to you would have been the sea of black-haired, Korean-American youth. The preaching was in English. The songs were from Hillsong. You could have appreciated much of the humor and conversations. We were a minority congregation living out a majority faith with some cultural expressions sprinkled in (like Korean food for lunch after service). This was my world for 25+ years.
When I got the call to be a youth pastor at a Caucasian church in , I had no idea the kinds of emotions it would create. I remember the first night of leading the program, a quasi-audition of leading worship and speaking for the 30 some youth who had ventured out in curiosity. Questions that I had never wrestled with before bombarded me. â€œAm I good enough?â€ â€œWhat if my skills donâ€™t cut it here in the big leagues?â€ â€œWill my Korean-ness get in the way of my American-ness?â€ Even though the youth ministry I had been leading was five times the size of this one, and the church I had grown up in was twice as large, I was nervous. Why? Ethnicity.
Sometime prior in my Christian pilgrimage I had been programmed to believe that what was going on in the white church was betterâ€”organizationally, theologically, and spiritually. Even though we did the same programs, I had the built-in assumption that my culture and my experience was inferiorâ€”effective for the immigrant bubble I grew up in, but totally irrelevant for the wider mainstream culture.
Little did I know, that evening would begin a journey of self-discovery of both my identity as a pastor and as a Korean-American. Getting outside the Korean-American sub-culture exposed my life-long tension of not feeling completely Korean and never feeling completely American. It exposed my inferiority complex even within the kingdom of feeling second-class to my white colleagues. I had to deal with my fantastical notions that the white church is the only place God is truly moving, as well as reconcile my past grievances with the immigrant church that I loved and hated.
Eight years later, I find myself on the other end of that inferiority complex. Much through the loving encouragement and wholehearted support of my non-Korean church and friends, I have come to understand the power and beauty of the Gospel in deep, identity-shifting ways. In working in the white church, I have come to appreciate the way they do church, and I have also come to love the unique cultural expressions of my own heritage in the way Koreans love Jesus.
Even more importantly, I see more clearly than ever how the white church needs me to bring my Korean-American experience to the table and vice versa. The church I love needs me to bring my perspective on community to its life. Expressive corporate prayer, passionate worship, sacrificial service â€“ these are part of the Korean-American heritage that I thought every church practiced. I see myself as a bridge-builder now. A pastor who has been uniquely charged with the mission of seeing reconciliation and multi-ethnicity infect the suburban church like a â€œLinsanityâ€ with Jesus in the spotlight.
None of this would have happened had God not graciously caused me to believe the Gospel afresh. I had to let go of my gifts, skills, even my very identity as a Korean-American. I had to put no stock in those things in order to take up the identity of having been crucified with Christ. In laying down my life, I was truly able to pick it up again. In dying to myself, I found true life as a disciple, pastor, and even as a Korean-American. The Gospel of grace frees me from the shame of being a minority because Jesus Christ is so multi-faceted and so glorious that one culture cannot claim the market share on how to worship him. Jesus gives my cultural experience dignity because he redeemed one people for himself.
And I experience this every time I stand up to preach, particularly as I consider how the Prime-timers (thatâ€™s the senior citizens of our church) sit under my teaching. I ask myself, â€œwhat would make these predominantly Caucasian, Midwestern, senior saintsâ€”many who have followed Christ longer than Iâ€™ve been aliveâ€”listen to anything this young, Korean-American, east-coaster has to say?â€ The Gospel. How amazing that the Gospel that saved me, also called me and is shaping me to become the pastor I am becoming today, a pastor that is neither completely Korean, nor American. Iâ€™d have it no other way.