The Chicago Half Marathon and Fighting Shame

On Sunday Kevin and his grandpa, along with some other friends and family, ran the Chicago Half Marathon in honor of Kevin’s cousin Mitch, who died tragically in 2004. 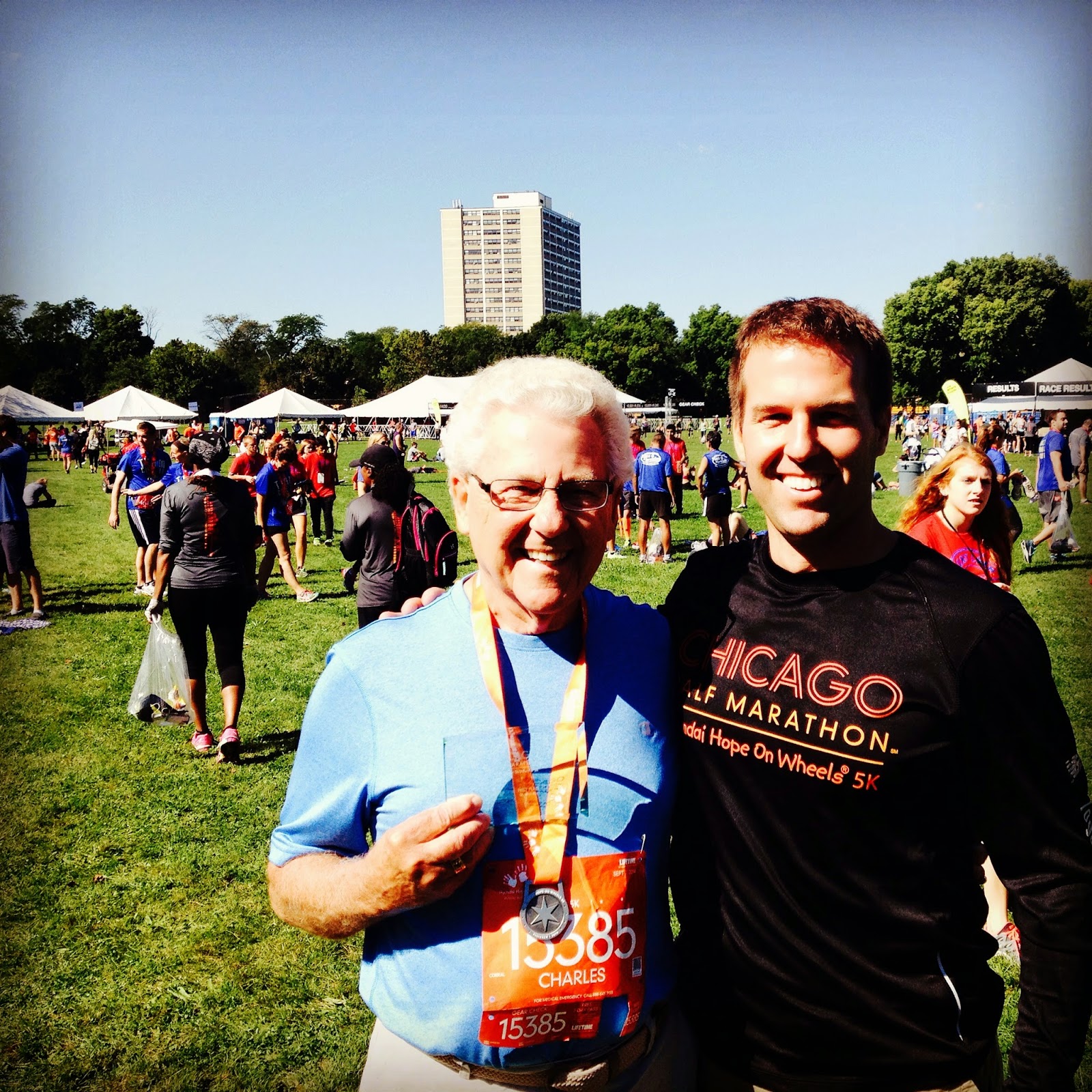 Recently my pastor talked about Lance Armstrong, who as we all know, “won” the Tour De France for seven consecutive years, only to be retroactively disqualified and banned from the race for life.

Can you imagine getting to the end of your race just to admit you’d been a fraud the whole time?

Shame wants us to believe our brokenness disqualifies us from helping others, from being used by God, from ministry. The truth is, it is IN our weakness–not in spite of it–when God is most strong.

We fight against shame by being vulnerable; by showing the world who we really are– brokenness and all–rather than hiding behind a false self.

We also fight against shame by choosing to stay in the race, fight the good fight, and live the grateful, worshipful life, even if we’re the last ones standing.