The Shame of Numbers

Yesterday, something ridiculous happened. The Office ended, first of all. Second of all, my Facebook “likes” for this blog were wiped out. I don’t have a huge number compared to some famous bloggers (whatever that even means). But, I’ve always been committed to blogging truth and what I feel God has called me to write. I’ve been intentional about not being preoccupied with numbers. Yet, this little incident sent me on a shame spiral. Last night I spent an inordinate amount of time obsessing on Facebook support, Google support, Blogger support, (where have all the real humans gone?) only to wake up this morning and have the issue resolved.

I know I’m not the first person to say this, but the fun of social media, the way I used to love Facebook for it’s novelty and it’s nostalgia, is now making me needy. 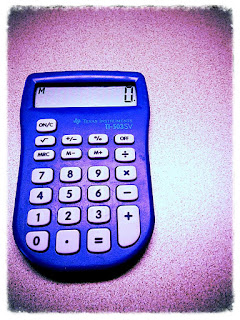 Here are some other numbers I’ve felt ashamed of in the course of a day:

1. The inches around my bingo arms (is there such thing as a bingo waist?)
2. The times I’ve lost my temper with my children
3. The amount of  money I lacked for something I was coveting (nothing I needed, by the way)
4. The number of cups of coffee I consume to get through my mothering exhaustion
5. The count of graceless responses to my husband

I can find all sort of ways that my numbers don’t add up, my budget doesn’t balance, ways in which I’m lacking or overly abundant.

Dr. Brene Brown, the leading expert on shame in women, writes this:
“People often want to believe that shame is reserved for the unfortunate few who have survived terrible traumas, but this is not true. Shame is something we all experience. And while it feels like shame hides in our darkest corners, it actually tends to lurk in all the familiar places, including appearance and body image, motherhood, family, parenting, money and work, mental and physical health, addiction, sex, aging, and religion.”
Yesterday I read the story of the Woman at the Well from John 4; this is a woman with a lot of strikes against her:
1. She was a Samaritan — the worst of outcasts.
2. She had a reputation — religious leaders (and other women) would not be caught dead with her. There’s a reason she’s at the well by herself.
3. Add to that five ex-husbands and another man she was currently living with….
You can understand her shock when Jesus wanted to drink from the same cup as her.
Jesus knew her tally. He saw how she had been subtracted, divided, deducted, and overdrawn. But, unlike the other men in her life, He didn’t want to take anything from her. Instead, He offered to erase the sum of her mistakes, and replace them with something infinitely purer and more filling than any of the other numbers in her life.
Later in the chapter, John tells us that many Samaritans believed in Jesus because of this woman’s testimony. Her new number was the first evangelist to the outcasts. She had become a living digit, multiplying God’s love.
Today, I hope you “like” the new look of the blog. It was beautifully designed by Paraclete Press.
More importantly, when your numbers don’t add up today, I hope you remember the bottom line:
On the cross, Jesus reversed the world’s math, the old math, the ugly math. Your numbers (deficient or plentiful) have been replaced with the innumerable, immeasurable, countless love of God.
Those who look to Him are beyond likes and statistics and checklists. In Jesus, we are totaled and found complete.