Woman in Turkey Beheads her Rapist, Mary and Elizabeth, and more. Warning: This post contains a graphic news story.

A woman in Turkey shot and beheaded the man who raped her repeatedly for months.

CNN.com reported yesterday: Witnesses described 26-year-old Nevin Yildirim walking into the village square, carrying the man’s head by his hair, blood dripping on the ground.“Don’t talk behind my back, don’t play with my honor,” Yildirim said to the men sitting in the coffee house on the square. “Here is the head of the man who played with my honor.”

The rapist threatened her children, held a gun to her head, even snuck into her house at night to take blackmail photosâ€”all so he could have his way with her on many occasions.

You can watch the report here. The descriptions are quite graphic and could trigger some emotions. So please use your judgment if it’s worth watching.

This is a devastating story. Nevin Yildirim has lived through a major trauma, and while I would never condone “honor murders.” (or any murder, just so we’re clear), the fact that she was driven to such extremes of self-defense by her abuser is heartbreaking.

He stole something from her and she wanted it back.

Last year, the World Economic Forum published a Gender Gap report, measuring the gap between men and women globally based on 4 pillars of equality:
1. economic participation and opportunity
2. educational attainment
3. health and survival
4. political empowerment
Turkey actually scored fairly well, except for political empowerment. There are almost no women in government, and it’s hard not to wonder how this situation could have played out differently if women were empowered to protect themselves by law. I’m just sayin’.

Iâ€™ve been reading the book of Luke in preparation for some upcoming speaking events and I keep returning to Luke chapter one when Elizabeth says to Mary, â€œBlessed is she who has believed that what the Lord has said to her will be accomplished.â€
Mary had just received some slightly astonishing newsâ€”an angel told her that she would become pregnant as a virgin and that her child would be the Son of God. WHAT? How could anyone be expected to handle such information?
Mary takes it soberly. â€œMay it be to me as you have said.â€
Mary was willing to obey God. But she HAD to be overwhelmed and concerned with her own reputation, her honor, her future nuptials to Joseph, and with how in the world all of this would take place.
Soon after the angel’s visit, Mary visited her cousin and confidante Elizabeth. When Elizabeth heard Mary enter her home, her own baby leapt in her womb causing Elizabeth to exclaim loudly, “Blessed are you among women, and blessed is the child you will bear!”
My boys and I just watched the movie Hook for a family movie night. It’s the story of a grown up Peter Pan who returns to Neverland to rescue his children who’d been kidnapped by Captain Hook, and in the process, rediscovers his identity.

There’s this scene where one of the Lost Boys begins to investigates Peter. He peers into Peter’s eyes, explores his face and cheeks, uses his finger tips to probe and prod. Discovering that the real Peter Pan was indeed underneath all of those fine lines and wrinkles, he whispers and smiles, Oh, there you are.

Elizabeth reminded Mary of her identityâ€”You are beloved and blessed by God. And that baby inside of you? Oh, there He is…the One we’ve been waiting for.

Emboldened by Elizabeth’s words, Mary burst into a song of praise!

(A little “Shameless” tid-bit for you. In Mary’s song, she actually refers to Psalm 34..one of my faves for this blog…because it says, ‘Those who look to the Lord are radiant; their faces are never covered with shame!)
Would that someone had told Nevin Yildirim that she is seen, fully-known, and loved by God. Would that someone had stepped in for justice and restored her honor, so that she did not have to go to such lengths to do so.

Let’s begin to slow down and truly see each other. Let’s acknowledge how God is working in each other’s lives. Let’s empower one another with strength and grace. And let’s fight for justice.

In Christ, we have the power to return honor that has been stolen and to restore long-deserved dignity.
Pray for Nevin Yildirim. Pray for women and girls, locally and gobally, who are forced to live in shame.
Today, may you be blessed. May you believe that God will accomplish everything He has planned for you. His plan is a good one. It’s not a plan to harm you, but a plan for you to prosperâ€”a plan for you to live without shame. 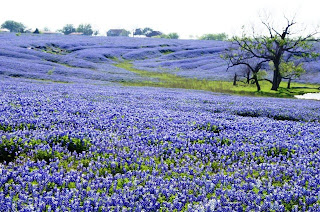