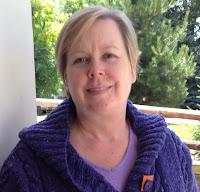 As we continue our series on singleness, one of of the coolest women I know, Emma Anderson, writes about her experience as a “spinster.” She talks about her struggles with being real, but this is one of the most authentic pieces I’ve ever read. Please read, share, and encourage Emma for her bravery.
Emma lives in the Chicagoland area but works in Arizona as a Project Manager.  Flying back and forth weekly has honed her ability to “read” (audio books) and knit at the same time. Her cats do NOT mess with the knitting! 🙂

“I have a fascination with the word â€œSpinster.â€  I have the dubious honor of being oneâ€”a SPINSTER!  Yup â€“ that is me!  Personally, I love that word and wonder what it conjures in your mind.  For me, the basics are: never married, no children, has to work for a living, and doesnâ€™t really planning on getting married.

For grins, I googled â€œspinster.â€ It would take up the whole blog post to re-print the Wiki definition, but I highly recommend that you read it. Hereâ€™s the top description: â€œA spinster, or old maid, is an older, childless woman who has never been married. For a woman to be identified as a spinster, age is critical. A “spinster” is not simply a “single” woman, but a woman who has not formed a human pair bond by the time she is approaching or has reached menopause and the end of her reproductive lifespan.â€

Yes, by definition, I am a spinster. I donâ€™t spin yarn (yet) but I do knit (see wiki article).  I did not plan to be single â€“ I donâ€™t feel it is a calling for me.  But it is not scary either.  I am just me.
In preparing for this blog post, I have spent the last few weeks just thinking about my single state, and it has brought up a lot of memories and a few tears.  I am uniquely made.  Growing up in a family of six kids, my role was the observerâ€”and that role continues in my life today.  I take it all in, process, and make determinations about how things are.  Looking back I can see how that thought process was flawedâ€“ but deeply impacts who I am today, why I am single, and why relationships are difficult for me.
As a child, my view of life (observed from TV 60â€™s and 70â€™s or watching the world around me) was that you follow a natural progression from single to dating to married to married with children to married/empty nester to married/grandparent to widow/widower.  Other than the relatively short time prior to dating, your life is defined by who you are intimately connected with.
Now, you take that view and team it up with constantly moving (homes, schools, states) and things start to get twisted.  Prior to freshmen year of high school, my family moved eight different times.  So I learned that relationships need to be built fast, and that they wonâ€™t last.
This turned me into a chameleon.  I would change my interests and my accent (yes I did have one- or three) as needed to succeed in the goal of making friends.  I canâ€™t say that I succeeded.  I was a very lonely child and lived in my books and my imagination pretty much until I entered high school.
As a highschooler, at church, I was finally introduced to someone who would never leave me nor forsake me â€“ Jesus.  This was truly a comforting idea for someone like me. He has been the constant in my life ever since.  But I have continued to struggle with loneliness. Church was a safe place for me to be in my young single years by providing youth group activities and teachings that echoed the natural progression of life (single is just a temporary state).  But by age 14, my flawed life experiences had drilled into me that no one would like the real me â€“especially at church.  Authenticity in teenagers is uncommon, so I never learned how to be real. I was still lonely.
College was the same. It was fun but I was already so stunted in my ability to be authentic that I filled my hours with books, group activities, and keeping everything at a casual level.  My heartâ€™s desire was to find that someone who I could be real with â€“ and yet I still did not know what that looked like.
Post college I got into a relationship with an old high school friend.  We were both in a similar rut and subconsciously trying to force something that wasnâ€™t there.  I knew in my heart that he struggled with homosexuality, but I hoped that the friend-love that he had for me could overcome that.  I bargained with God to make this relationship work. It lasted a yearâ€”longer than youâ€™d expect.
A few years later, I started another relationship which lasted a few months.  This guy was straight (Yay!), a church-goer, and I really thought he might be THE ONE, except I knew he held some strong (legalistic) views. I tried to be real with him–I shared with him my life experiences (moving around a lot, divorced parents, previous relationships, etc.) and thought maybe just maybe he would accept me.  Nope.
He found someone who on paper appeared to meet his standards, and dumped me.  So in that flawed â€œobserve, process, and determineâ€ mindset, this breakup continued to reinforce the belief I would never be accepted for who I really amâ€”especially by folks in the church.
Looking back now, I see that this event set off a chain of choices that continue to reinforce that thinking:

Unfortunately, â€œthemâ€ isnâ€™t just guys â€“ it is pretty much everyone, including God.  He still hasnâ€™t left me or forsaken me, but I see myself avoiding situations where I might be asked to be real.  I still donâ€™t know what being real looks like in the full sense.

I donâ€™t know that I will be able to change the way I am, but even writing this post has given me some challenges to hopefully work through.
I said earlier that I am not scared of being single â€“ and thatâ€™s true. It is a comfortable place to be now.  But, I want my comfort to give me the freedom to explore some bad habits in dealing with all of my relationships.
I expect that my status of â€œspinsterâ€ will not change, but I hope my interactions with other (single, married, men, women) will change for the better.”